16 Biggest Car Companies in the World

The biggest car companies in the world are divided amongst a fair few names, primarily located in the United States, Japan, Germany, and China. These companies often share several traits, including a reputation for reliability, style, and customer satisfaction. As a result, many of these publicly traded companies also boast enormous market caps.

Despite the pandemic chaos, most of these companies managed to pull a profit in 2020 (even if their revenues fell short compared to just a year prior). But the pandemic also allowed us to get a rare view into each company’s sustainability and disaster preparedness – which, for some, shook up their status on the charts of biggest names.

To wit, let’s take a look at the biggest car companies in the world, as told by 2020’s revenue.

Largest Car Companies in the World

*2020 is the most recent year for which we have complete revenue results for every company.

**Fiat-Chrysler and PSA Group merged in 2021 to form Stellantis. Accounting for this merger, Renault technically claims the 15th spot in 2020.

Toyota Motor Corporation (Toyota for short) is a multinational automotive manufacturer based out of Japan. Boasting nearly 10 million vehicles manufactured per year, it’s the largest car company in the world by revenue and production. Toyota was also the first foreign automaker to dominate the U.S. market thanks to high quality and efficiency standards.

Volkswagen Group laid claim to the title of largest car maker by global auto sales in 2016 and 2017. This German-based manufacturer is famous for its iconic Beetle. That said, it also produces luxury riders like Audi, Porsche, Lamborghini, and Bentley, among others.

Daimler Auto Group – commonly known as Mercedes-Benz – is the second-largest German automaker and one of the largest by production. The company produces well-known brands like Mercedes-Benz and Smart. It produces a variety of passenger cars and vans, motorcycles, off-road vehicles, and public and commercial transportation trucks and busses.

Honda Motor Company, Ltd is a multinational automotive conglomerate based out of Tokyo, Japan. The company has continually laid claim to fame as the largest motorcycle manufacturer since 1959 and produces over 14 million internal combustion engines annually. Non-motorcycle lovers will still recognize the name, however, thanks to popular brands like the Civic, Accord, Acura, Odyssey, and others.

Ford Motor Company is the largest U.S.-based car company in the world, claiming over $127 billion in revenue in 2020. Headquartered in Dearborn, Michigan, the company is famous for its Ford and luxury Lincoln brands. (Though auto nerds will more likely recognize the brand thanks to the Model T and pioneering large-scale industrial manufacturing processes.)

General Motors – GM for short – is the sixth-largest car company in the world by revenue and second-largest based in the United States. The company produces its four core brands (Chevrolet, Buick, GMC, and Cadillac) in eight countries. GM also holds controlling interests in several China-based brands, including SAIC Motor and Wuling.

SAIC Motor Corporation Ltd. is a Chinese state-owned automotive company operating out of Shanghai. As one of the “Big Four” state-owned automakers, the company boasts the largest revenue of any of them. Through its SAIC-GM division, it also produces and sells brands like Buick, Cadillac, and Chevrolet.

Bayerische Motoren Werke Auto Group – BMW for those who don’t speak German – is a multinational manufacturer of motorcycles and luxury vehicles. Aside from its notable motorsports history, consumers will also be familiar with famous names like BMW, Mini, and Rolls-Royce.

FAW Group Corporation is another Chinese state-owned auto manufacturer. As another member of the “Big Four,” FAW primarily produces passenger vehicles, trucks, and busses. And, like its competitor SAIC Motor, the brand maintains joint ventures with companies like GM, Volkswagen, and Toyota.

Fiat-Chrysler was the Italian-American corporation that produced brands like Chrysler, Fiat, Dodge, Ram, Jeep, and Maserati. In October 2019, Fiat-Chrysler announced its intent to merge with PSA Group, another automaker out of France. In 2021, the company officially merged as Stellantis, and began producing and selling familiar brands under its new parent entity.

Hyundai Motor Company is a South Korean-based multinational car company headquartered in Seoul. The company maintains a nearly 34% stake in Kia Corporation, which together with Genesis Motor and Ioniq comprise the Hyundai Motor Group. The company boasts a presence in over 190 countries thanks to its array of electric vehicles, passenger cars, and commercial trucks.

Nissan Motor Corporation is another Japanese multinational car company that has bounced its way up and down the largest automaker charts for over a decade. The company produces vehicles under popular brands like Nissan and Infiniti. Nissan is also a top manufacturer of electric vehicles, topping 320,000 sales in 2018 alone.

PSA Group is a well-known French automotive brand that’s dipped its spokes into many an oil barrel, ranging from motor sports to manufacturing to (way back in the 1800s) bicycles. The brand is renowned for its excellence in design and manufacturing. In 2021, the company merged with Fiat-Chrysler to become Stellantis.

GAC Group is a Chinese automaker and subsidiary of Guangzhou Automobile Industry Group. The company primarily focuses on selling passenger vehicles and SUVs under its Trumpchi and Changfeng Motor brands. However, it also produces electric cars and busses under separate brands and participates in joint ventures with Honda, Toyota, and Jeep.

Kia Corporation is a South Korean automobile manufacturer based out of Seoul and the second largest in the nation. As of December 2015, Hyundai maintains a nearly 34% stake in Kia Corporation. In turn, Kia is a minority owner of over 20 Hyundai subsidiaries.

Who Is the Largest Car Company?

Toyota is the largest carmaker in the world by both revenue and the number of cars produced and sold in both 2020 and 2021. The company has beat out Volkswagen for the honor two years in a row.

What Is the Largest Car Company in 2022?

Assuming that current trends hold, Toyota will likely maintain its status as the largest car company into 2022.

Which Is the Number 1 Car Brand in the World?

It depends on who you ask – and how you measure what it means to be #1.

By revenue, Toyota wins the past two years, and the same story goes for the number of vehicles sold. But if you look at customer satisfaction and model popularity, Toyota ranks up there with some of the most popular brands in the world, including Ford, Honda, and Nissan.

It’s not easy measuring a car company’s revenue, with so many mergers, joint ventures, partnerships, controlling stakes, and more to account for. But we’ve certainly done our best – and one piece of that puzzle is found by sourcing revenue data from 2020. In doing so, we’ve sidestepped the inaccuracies that come with guesstimating the revenues of companies that have yet to post their full 2021 data. That said, we also considered 2021’s market cap for each company to show how they compared in investors’ eyes.

Accurately listing the 15 biggest car companies is no joke, and to some extent, there isn’t always a right answer. Untangling who owns whom and which company produces what types of vehicles doesn’t always leave you with clear answers. But to a first approximation, we’ve gathered the top 15 car companies worldwide – at least, until the pandemic shifts it up again. 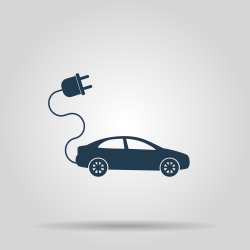 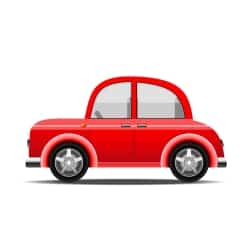 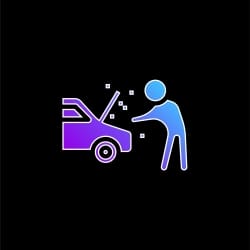 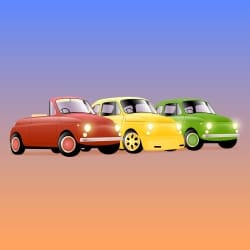