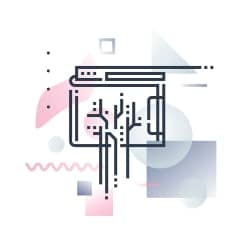 What is a Digital Wallet? And How Do They Work? 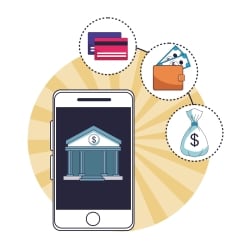 ACH vs. Wire Transfer: What Are the Differences?
Banking
Written by Brian Latchford

With the global shift to mobile banking, being able to do all your banking needs online or via a mobile app has become the new normal.

The more banking services you can do without having to go to a local branch, the better. Through a series of acquisitions, Capital One has done just this with their Capital One 360 service.

Find out what they offer, benefits, and fee structure in this Capital One Bank Review.

What Does Capital One 360 Offer?

Capital One 360 considers itself an online bank even though it has almost 700 locations through the Capital One brand.

How Capital One 360 Works

Accessing your Capital One 360 online or via the mobile app allows you to do your banking 24/7. There are no fees to open an account and being part of Capital One gives you access to more than 70,000+ ATMs that you can use for free.

You can literally do all your banking needs from the mobile app, including depositing checks!

Here are some additional features and benefits when you have a Capital One 360 checking account.

Once your download the Capital One 360 mobile app, you can access your accounts anywhere at any time if you have an internet connection.

You can also set up a direct deposit with your Capital One 360 account. In doing so, you will have access to your direct deposits up to 2 days earlier than with a traditional bank.

Your Capital One 360 checking account has no monthly or maintenance fees.

Capital One 360 gives you options when it comes to how you would like to be protected from overdraft fees.

You can set up your account to auto-decline a transaction if it will result in an overdraft, automatically have Capital One 360 transfer funds from your savings account to cover the overdraft (at no cost), or utilize “next day grace” in which Capital One 360 gives you one full day to replace the amount you have overdrawn before you are charged the $35 overdraft penalty.

Capital One 360 allows you to move money easily to pay bills or send cash with Zelle®.

When you utilize the Capital One 360 mobile app, you are provided with a host of security features. Touch and Face ID is the first line of defense in protecting your information.

If you rather create a customized password pattern for added security, you can do so! You can also set up alerts to notify you when your account has been accessed and or used.

From within the app, you can lock and unlock your Capital One Card in the event the card is lost or stolen.

If that was not enough, Capital One 360 also deploys what they call “Second Look,” which is where Capital One 360 is always looking for suspicious activity on your account.

Capital One 360 calls their Performance Savings account a “high-yield, fee-free savings account you can open in about 5 minutes”.

Here are some additional features and benefits of a 360 Performance Savings account.

There are no fees to open nor maintain your 360 Performance Savings account.

Unlike other bank accounts, your 360 Performance Savings account does not have any minimum balance requirements to open, maintain, or earn interest.

You can easily move your money between linked Capital One accounts (or to an external bank account), set up automatic transfers into your savings account, track your progress, and even deposit checks right into your checking or savings account within the app.

From your Capital One 360 mobile app, you can also set up a certificate of deposit (CD) account. You can choose from 6 months to 60 months terms.

The APY at 6 months is 0.10%, and at 60 months, the APY is 0.40%. Capital One 360 offers a calculator so you can see your total earnings when your CD expires based on the amount you invested, as this return is guaranteed.

You can choose to receive interest payments monthly or yearly, but letting the money compound is the best option.

As with all CDs, there are penalties if you want or need to withdraw the money early. If you think this may happen, then the 360 Performance Savings account may be a better option for you.

Capital One 360 Banking Pros and Cons

Here is a quick review of Capital One 360 fees, support, and overall experience.

There are no fees to open or maintain your Capital One 360 account. You also have access to more than 70,000+ ATMs that are free to use.

If you travel abroad, there are no international fees either. However, for services outside of everyday uses, such as wire transfers or needing cashier checks, there are additional fees.

Capital One 360 customer support is available 7 days a week from 8 AM to 11 PM Eastern Standard time (EST).

There are no fees to open or maintain your account, you have access to more than 70,000 ATMs at no charge, and they have fantastic support 15 hours a day, seven days a week.

How Does Capital One 360 Compare to Other Banks?

Here is how Capital One 360 compares to other banks.

Like Capital One 360, CIT bank does not charge any fees to open nor maintain your account. If you are looking for higher interest-earning savings and money market accounts, CIT Bank is the better option as they have APY starting at 0.30% and going up to 0.50%.

However, CIT Bank has minimums to open checking accounts and investment vehicles where Capital One 360 does not.

Unlike Capital One 360, Chase is a full-service bank with thousands of locations throughout the USA and is the largest bank, in total assets, in the country.

However, Chase also has minimum deposit requirements for most of their products, where Capital One 360 does not.

If you are looking for typical banking services without the in-depth need for different investment products, Capital One 360 is a better and cheaper option.

Chime Bank is considered a “neobank,” which means they provide banking services without being an actual bank.

Chime Banking services are facilitated by The Bancorp Bank, member FDIC, so your funds are still insured, up to $250,000, like a typical bank.

Chime does offer a savings account, but you will earn more with the 360 Performance Savings by Capital One.

You can also set up your account with no minimum deposit requirements and no monthly fees.

Capital One 360 is essentially the online banking entity of Capital One. That said, there is a cross-over between them.

For example, those with a Capital One Credit Card can manage it from their 360 Account Profile. This seamless connection bolsters the overall Capital One banking experience.

Is Capital One 360 Safe and FDIC Insured?

Capital One 360 is a great account, and Capital One is one of the best banks in the world. Since their founding, they have attracted a legion of fans who rely on their products to save and manage money.

Brian Latchford
Brian is a serial entrepreneur that loves technology and coffee. From working with start-ups to creating his own recruiting company, Brian is eager to share his experiences with other founders and business executives. Throughout his career, Brian has enjoyed writing on many topics in the Business, Technology, Finance, and Gaming industry and helps other business leaders as a freelancer.
As Featured on