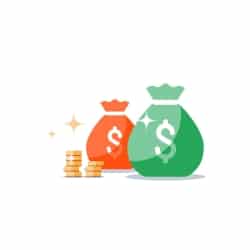 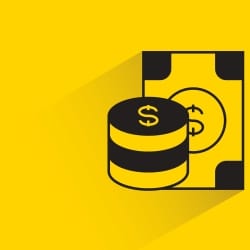 Cryptocurrency Statistics help us make sense of both the blockchain and decentralized world. Our team dug through public databases to find statistics that reveal the whole story of the cryptocurrency revolution.

With Bitcoin nearing all-time highs, early backers and crypto evangelists are thrilled to see both consumers and institutional investors accept cryptocurrency as an alternative investment and a hedge against inflation.

But that is not all. The Miami Dolphins, Dallas Mavericks, and some of Europe’s largest soccer teams accept Bitcoin and Litecoin.

To bring light and clarity to the crypto ecosystem, we compiled a list of the most pertinent cryptocurrency statistics.

From general awareness to market capitalization, and even ethnicity, this research is backed by hours of analysis. It will paint a clear picture – one that is partially inequitable, complex, and ever-changing.

All statistics are as of January 17th, 2021; however, they are frequently updated to ensure you have the most up to date and pertinent cryptocurrency statistics.

The broader Bitcoin community is littered with crypto evangelists, early investors, and a burgeoning retail crowd (new investors). However, there is one thing shocking about this community – it lacks female engagement.

According to Coin.Dance, a bitcoin and blockchain data aggregator, the engaged bitcoin community is disproportionately male-dominated.

This research mirrors a study conducted by UBS, which reveals only 23% of women globally take charge of their financial planning.

My question to you. What is causing this disparity? To curtail this statistic, our team will devote more resources and time to educational crypto content, research, and data-driven studies.

#2. Survey finds 80% of White Respondents more Aware of Bitcoin than 66% of Hispanic and 61% of Black Respondents

In another survey conducted by Statista, 80% of white respondents were more aware of bitcoin than 66% of Hispanic and 61% of African American respondents.

The reasons for this are complex, but something needs to change. An increase in financial literacy will bolster America’s readiness to successfully plan for retirement and make simple financial decisions that impact our everyday lives.

#3. Males Are More Aware of Bitcoin than Females

According to another survey conducted by Statista, 78% of male survey respondents reported being aware of bitcoin, while only 71% of females were aware of this particular digital asset (18+ or Older).

#4. 67% of Millenials Choose Bitcoin Over Gold as a Safe-Haven Asset

The findings of a global survey from one of the world’s largest independent financial advisory and fintech organizations – deVere Group – revealed that 67% of the millennials believe Bitcoin is a superior safe-haven asset to gold.

The 700+ millennial clients surveyed reside in North America, the UK, Asia, Africa, the Middle East, East Asia, Australasia, and Latin America, all born between 1980 and 1996.

While cryptocurrency has technically been around since 1983 when David Chaum conceived ecash, widespread adoption and daily usage are attributed to bitcoin, ethereum, and litecoin, created some 30-years later.

#6. There are 8,265+ Different Cryptocurrencies Available

From Bitcoin to Ethereum, there are over 8,265 different cryptocurrencies to use and invest in according to Coinmarketcap. But remember, not all coins are created equally, and each fills a different void within the crypto ecosystem.

To elaborate on this cryptocurrency statistic, let’s break down why Bitcoin and Ethereum were created.

As you can see, both Bitcoin and Ethereum address a different issue. The two problems they solve continue to add value to both coins.

And as technologists and consumers harness the power provided by Bitcoin and Ethereum, their rise will only continue.

With the rise of Ethereum, Litecoin, and various other altcoins, the competition for total market share is heating up.

While various cryptocurrencies are what consumers interact with daily, these digital assets are powered by blockchain technology.

Unfortunately, most do not recognize the sheer power and potential of this technology. According to technologists, blockchain technology can be used for:

While these are just a few examples, Moore’s Law will propel the advancement of blockchain technology.

Compared to manufacturing, agriculture, and the broader finance industry, the blockchain industry is widely young and ambitious.

#11. The U.S. is Projected to Spend $4.2 Billion on Blockchain Solutions

The United States is leading the charge in capital investments made towards blockchain solutions.

As blockchain is accepted and utilized across different industries, the U.S. is poised to remain at the forefront of innovation. It is projected to spend $4.2 billion on blockchain solutions.

For this study, we reviewed the most recent data, which took place in Q2 (April 2020). These percentages are derived from hash rates, which were pulled from BTC.com, Poolin, and ViaBTC.

Flipside Crypto, a research firm that specializes in blockchain technology, found that about 2% of the anonymous ownership accounts that can be tracked on the blockchain control 95% of the digital asset.

However, this statistic is a little misleading. It does not separate exchange wallets from individual self-custody wallets.

So Coinbase’s +70 million users are not accurately reflected in this metric. Or Gemini’s base of users. Or BlockFi users, etc.

It’s common for whales to spread their ownership over several addresses, so it’s unclear the number of individuals who control the top 100 richest wallet addresses.

This concentration of ownership in an unregulated market scares many investors out of the space. The percent is even higher once you factor in the Bitcoin that is lost or stolen, and not part of the active supply.

Again, this stat is misleading for the same reasons expressed in #13.

According to Chainalysis, an NYC based blockchain-analysis firm, about 20% of all bitcoin is lost, most of it permanently. User error is to blame for this. Some early Bitcoin owners were careless with their wallet information and lost access to their fortune.

“Crypto Hunters” have been called to reclaim these lost wallets, but their recovery methods greatly differ. There are decryption specialists, hypnotists, “data whisperers,” and firms that work closely with the FBI.

In 2013, James Howells threw away his hardware wallet that contained 7,500 bitcoin, worth about $275 million as of this writing.

Howells is still after the lost Bitcoin today. He is offering his city council $70 million to dig up the hard drive but has been unable to meet with local officials.

Most Bitcoin owners have less than $350 worth in their accounts. This reveals the disparities of ownership in the space, but it is not unique to Bitcoin.

The Pareto Principle describes that 80% of consequences come from 20% of the causes, suggesting that things are not equal. The minority owns the majority.

This observation does not only apply to wealth distributions, but to city populations, the height of trees in forests, and the size of stars in space.

“Crypto Twitter” has taken on a life of its own in recent years. There are plenty of insightful people to follow, such as Anthony Pompliano and Peter McCormack, but there are also armies of anonymous accounts that will meme you to death and tell you to “have fun staying poor” if you misstep.

Twitter can serve as an educational resource or a royal waste of time, depending on who you follow and how you use it. Regardless, the Bitcoin discussion is alive and well on its platform.

Bitcoin miners verify transactions on the blockchain and are rewarded with bitcoin for their service.

New bitcoin enters the supply in the form of “mining rewards,” which decreases every four years, per the orders of Bitcoin’s anonymous creator Satoshi Nakamoto.

The decrease in rewards is called a “Bitcoin Halving” because the amount paid out is reduced by 50%. These pre-scheduled supply shocks will continue until all 21 million bitcoin have been mined, which will occur in the year 2140.

#19. Two-thirds of Gold’s Above Ground Supply has been Mined Since 1950

Gold? I thought we were talking about cryptocurrencies? Well, Bitcoin is often called “Gold 2.0” or “digital gold,” because it shares many of the metal’s special characteristics.

Gold is revered for its “fixed supply” and has been the longtime safe haven for investors looking to hedge against rising inflation. However, its supply is actually unknown and has steadily increased with the innovation of new mining technology since 1950.

On the other hand, Bitcoin’s total supply is capped at 21 million, making it the only known, scarce asset in the universe. Its supply is predictable and predetermined by its code.

Unlike gold, we know exactly how much Bitcoin is currently in circulation and how much will be in 2050. Bitcoin is better at being scarce than gold.

Tyler and Cameron Winklevoss bought $11 million worth of bitcoin when it was around $9 per coin, and became the first well-known Bitcoin billionaires in 2017.

They co-founded the crypto exchange Gemini in 2014 and are two of the most prominent voices in the Bitcoin community.

Tyler published an article that outlines his approach to arriving at a $500K bitcoin price target. He uses a gold framework to value bitcoin and explains how the digital asset’s price can multiply if it eats away at gold’s $9 trillion market cap.

Additionally, he suggests that central banks may diversify a small portion of their foreign fiat holdings into Bitcoin.

A 10% shift of the 11.7 trillion dollars in fiat foreign exchange reserves can take Bitcoin to $600K levels.

Grayscale Investments is the world’s largest digital currency asset manager and owns more than 3% of all Bitcoin in circulation. They offer a Bitcoin trust (GBTC) that allows investors to get indirect exposure to Bitcoin in the stock market.

Some investors want to benefit from Bitcoin’s rising price but are hesitant to jump into the crypto markets. Grayscale’s trust is working to solve this dilemma, and the fund inflows suggest they are succeeding.

GBTC has a market cap of $20 billion, which would make it a top 75 ETF by AUM if the SEC allowed Bitcoin ETFs.

#22. Just 0.34% of Crypto’s Transaction Volume was Used for Criminal Activity

Janet Yellen, President Joe Biden’s nominee for treasury secretary, suggested that lawmakers “curtail” the use of cryptocurrencies over the concerns that they are “mainly” used for illegal activities.

However, just 0.34% of all crypto transactions in 2020 facilitated illicit financing, a sum of $10.0 billion in value.

Cryptocurrency-related crime is falling, and it only remains a small part of the overall crypto market.

#23. The World’s Largest Asset Manager BlackRock Authorizes Two of its Funds to Invest in Bitcoin Futures

The institutional money continues to flow into bitcoin, most recently from the world’s largest asset manager BlackRock.

BlackRock has $8.68 trillion worth of assets under management. Its chief investment officer Rick Reider, told Bloomberg that bitcoin will be part of the asset suite for investors for a long time.

This kind of institutional adoption will likely bring more regulation into the space, but it will also positively contribute to bitcoin’s price appreciation.

The data speaks for itself – investors are allocating capital towards cryptocurrency. Whether you invest in Bitcoin, Ethereum, Litecoin, or any other Altcoin, crypto is a new frontier making strides each week.

Over time we expect the significant disparity amongst males, females, white people, Hispanics, and African Americans to close as media outlets and financial institutions raise awareness of this new phenomenon.

Sean Graytok is our Co-Founder and is a recognized expert in investing, cryptocurrency, and financial management. His work has been cited in leading industry publications, such as InvestorsPlace and Business Insider. Sean is interested in the people and companies who are driving financial innovation.