Jefferson Capital Systems: What It Is, And Why It Is On Your Credit Report

SimpleMoneyLyfe » Jefferson Capital Systems: What It Is, And Why It Is On Your Credit Report

Is Jefferson Capital Systems showing up on your credit report? You probably wonder who they are and how they got there.

Here’s the deal. You probably defaulted on a debt, and Jefferson Capital Systems bought it. But it could be an error too. Mistakes happen all the time.

Before you pay the debt to remove it from your credit report, read my guide. You’ll learn the right steps to take so you remove Jefferson Capital Systems the right way.

What is Jefferson Capital Systems?

Jefferson Capital Systems is a debt collection company. They buy debts consumers defaulted on, and the lender charged off. This usually doesn’t happen until you are 90 days or more late on your debts.

Once the lender decides you aren’t going to pay, they charge it off and sell it to Jefferson Capital Systems. The creditor gets a small part of what you owed and the pressure of your debt off their back.

Jefferson Capital Systems is a legit company. They’ve been in business for almost 20 years and are a small-sized debt collection company. They are most likely listed as a collections account on your credit report.

How to Remove Jefferson Capital Systems From Your Credit Report

If you find Jefferson Capital Systems on your credit report, it’s important to remove it. While asking them to remove it would be nice, it takes more than that.

First, figure out why the collection exists. What got you to this point? Is it even legit? Once you know these answers, do one of the following.

If you’re overwhelmed by the situation, let credit experts help. A legit credit repair company will go over your credit report and find ways to dispute the collection.

They look for the smallest details (misspelled names, incorrect dates, or inaccurate balance information, for example). They dispute any discrepancy they find in the hopes of the credit bureau removing it from your credit report.

The best credit repair companies use the Fair Credit Reporting Act (FCRA) to dispute these issues. The FCRA protects you from unfair or inaccurate reporting.

Using professionals, like Credit Saint, takes the communication burden off your shoulders. It also gives you an extra set of eyes to find reasons to dispute the issue.

You have 30 days from the date Jefferson Capital Systems contacts you to validate the debt. Write a debt validation letter to Jefferson, asking for more details about your account.

Chances are they only have your name, account number, and balance. Ask for more detailed information, such as:

Chances are that Jefferson won’t be able to provide proof to answer any of these questions. If they can’t validate it, then they must remove it. Problem solved. But again, you have 30 days for this to work.

#3. Negotiate a Pay for Delete

If Jefferson validates the debt (or you don’t request validation), you have a few more options including negotiating a pay for delete.

As you probably guessed, you must pay the account for this to work. BUT don’t pay it in full. Jefferson probably bought your debt for pennies on the dollar. Negotiate a settlement.

In your negotiations, ask Jefferson to delete the tradeline from your credit report once you pay it.

If they agree, get it in writing. Don’t agree to anything verbally because there’s no proof of the agreement, and they probably won’t follow through. With written proof, you can dispute it with the credit bureaus if they don’t do as promised.

A less common method is to ask for a goodwill deletion. This only works if you’re ‘normally’ a good customer. If you slipped up temporarily because you fell ill, lost your job, or any other ‘rare’ circumstance, tell the creditor.

Explain the situation and ask if you pay the balance in full will they delete the collection? Some companies may pity the situation after looking at your history.

If they’re willing, again, get it in writing before you make the payment. Once you pay, it’s game over, and they won’t change anything.

Consumers complain a lot about Jefferson Capital Systems, but most people complain about collection agencies.

Most consumers with complaints talk about a Verizon collection that they don’t remember or don’t think they owe. Most people state that Jefferson doesn’t respond to debt validation letters and refuses to help them figure out where the debt came from.

Other consumers complain about the lack of communication from Jefferson when they initiate the conversation, asking for more details or trying to get to the bottom of the issue.

How Does Jefferson Capital Systems Work?

Jefferson Capital Systems buys the right to your debt from your creditor. They call, write, and even text you. They may do this often, but they can’t harass you – it’s a violation of the Fair Debt Collection Practices Act.

When they contact you, they’re trying to get payment.

If you legitimately owe the debt, you can work out an arrangement as described above. If you don’t owe it, fight it either on your own or using a credit repair company.

Can Jefferson Capital Systems Sue Me?

Jefferson Capital Systems can sue you, but they probably won’t. It costs a lot of money for them to bring a judgment against you.

But they may keep using tactics to contact you and get paid. Figure out your strategy and put it into action quickly to stop a potential lawsuit and more financial issues.

Can You Remove Jefferson Capital Systems Collection Accounts from Your Credit Report?

You can remove Jefferson Capital Systems from your credit report with the right steps. It won’t happen overnight, and it won’t be easy.

Dedication and concentration are the key factors here. You need a keen sense of detail. What did they miss? What are they reporting incorrectly? You want to find something they’re reporting inaccurately so you can dispute the validity of the debt.

If not, find a middle ground and agree on a settlement. As a part of the agreement, though, ask for a goodwill deletion or pay for delete, whichever suits your situation.

>> More: How to Remove Negative Items from Your Credit Report

Bottom Line: How to Remove Jefferson Capital Systems from Your Credit Report

If you owe them money, then figure out a way to negotiate. But, if you don’t think the debt is legit or you want to test the validity of it, ask for debt validation. If it’s valid or you miss your 30-day window, use one of the other steps above to negotiate the debt and remove it from your credit report.

Justin Estes is a Senior Personal Finance Writer who is a recognized small business accountant, consultant, and credit card expert. His background in accounting and finance led to a passion for helping people make the most of their money and matching them with financial products that enhance their lifestyle. Justin attended Charleston Southern University where he double-majored in Finance and Accounting. Justin’s areas of expertise are credit cards, small business finance, accounting, and taxes. 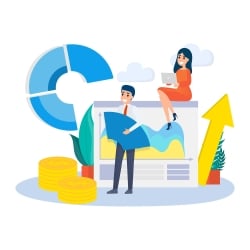 What Is APR? And Why Does It Matter?
Read full story 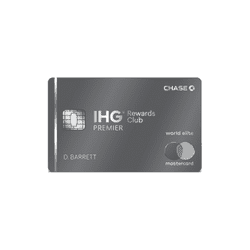 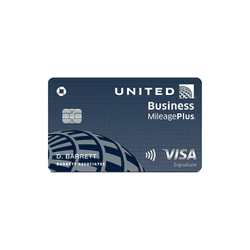 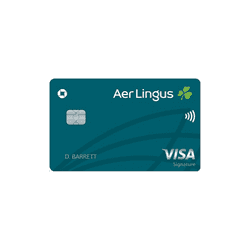