Secured Overnight Financing Rate (SOFR): What It Is and How it Affects Loans

SimpleMoneyLyfe » Mortgages » Secured Overnight Financing Rate (SOFR): What It Is and How it Affects Loans

Interest rate benchmarks are a critical part of global financial markets. They ensure smooth function and stability, and they provide a uniform basis for the interest rates of financial products like mortgages and other loans. Common reference rates include the Federal Funds Rate, the LIBOR, and the prime rate.

What Is the Secured Overnight Financing Rate (SOFR)?

Another reference rate gaining spotlight is the Secured Overnight Financing Rate or SOFR for short. Slated to replace the LIBOR after a rate-fixing scandal, the SOFR is an influential benchmark interest rate used to price U.S. dollar-denominated loans and derivatives. A derivative is a secondary security whose worth is based on the value of an underlying, primary security. Future and forward contracts plus options and swaps are commonly used derivatives.

How Does the Secured Overnight Financing Rate Work?

Based on transactions in the Treasury repurchase market, or repo market, the SOFR is published each business day for the previous day’s numbers. The repo market is part of America’s financial system and helps keep Wall Street and the economy running. Banks and financial institutions trade trillions of dollars’ worth of debt for cash and agree to purchase back the assets by a certain date, typically overnight or within a week. These Treasury repurchase agreements are like short-term collateralized loans.

How do these repo agreements work? There are two different types—term and open. Both include an investor purchasing Treasury bonds from a bank, only to sell them back later for the original price, plus interest. Term repos have a specific end date, while open agreements do not.

The SOFR is based on these average interest rates that banks get when participating in repo agreements.

Mortgage lenders base an applicant’s interest rate on a rolling average of the SOFR plus a margin, though not all banks use it to determine the interest rate and APR. New alternatives to the SOFR include the American Interbank Offered Rate and the Bloomberg Short Term Bank Yield Index, but regulators are encouraging large institutions to adopt the SOFR.

As the name suggests, your interest rate doesn’t change if you have a fixed-rate mortgage. Overall, mortgage rates tend to fluctuate in concert with different benchmarks within the market, such as the 10-year Treasury rate.

The SOFR affects adjustable-rate mortgages by setting the monthly rate consumers will pay once their fixed-interest period is over, from six months to 10 years. This is called the adjustment period, and if you have an ARM loan, hopefully, the SOFR rate is lower when adjustment begins.

How Is SOFR Calculated?

How the SOFR is calculated is a tad complicated. According to the Federal Reserve Bank of New York, which is the Fed’s most important arm that exercises national monetary policy, the SOFR is a volume-weighted median calculated by arranging bilateral Treasury repo transactions from lowest to highest, adding the sum of the transactions and then pinpointing the rate linked to the 50th percentile of dollar volume. For a much more detailed look at the calculation, visit here.

What is the Difference Between LIBOR and SOFR?

The British Bankers Association created the LIBOR in the mid-1980s. It represented the average interest rate global banks used when borrowing from one another. Unfortunately, it has been plagued by rate manipulation and scandals associated with the 2008 financial crisis and is therefore being retired. Banks now cannot issue new contracts based on the LIBOR but can reference it for existing debt until June 2023.

The SOFR became widely used in the spring of 2018 as part of the effort to replace the LIBOR. It has the depth and liquidity of the underlying repo market and is based on real data, unlike LIBOR, which is based on estimates of future transactions. There are about 1,500 times more transactions used to determine the SOFR.

Finally, the LIBOR mirrors unsecured loans, and the SOFR represents loans backed by the Treasury bonds, which are nearly risk-free compared to unsecured loans.

Is SOFR Better than LIBOR?

Many U.S. financial institutions offer the SOFR to corporate borrowers as the LIBOR is phased out. However, some corporate advisors are concerned the benchmark’s lack of rates months into the future will hinder their planning for interest-rate risk. Additionally, the SOFR is a young reference rate, providing little historical context for economic analysts to study. And yet, it is still favored by the Fed and regulators because it is more robust and meets international banking standards. The LIBOR became untrustworthy due to exploitation, making it easier to consider the SOFR a better alternative.

>> More: How to Choose the Best Mortgage

Comprised of several large banks and chaired by the New York Federal Reserve, the Alternative Reference Rate Committee (ARRC) was created by the Fed in 2017 after announcing that LIBOR would no longer be used. The committee developed the Paced Transition Plan with specific steps to facilitate and encourage the switch to SOFR. ARRC will remain active throughout the year to solve the remaining challenges with the transition.

The New York Fed publishes the SOFR each business day on its website around 8:00 in the morning New York time. The SOFR is just one of many reference rates this branch of the Fed administers, and it employs an independent audit group to review the operational framework used to determine rates regarding governance, quality, methodology, and accountability.

Most American lenders will use the forward-looking SOFR when determining ARM loans and a handful of other products. If you currently have an adjustable-rate mortgage, watch your mail for correspondence regarding the transition from LIBOR to a new benchmark. Be proactive and consult with your lender to make sure you understand any changes. 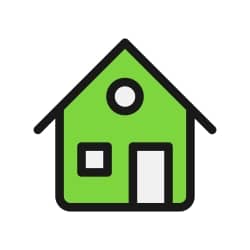 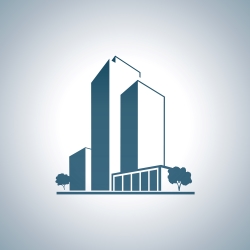 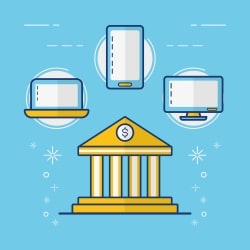 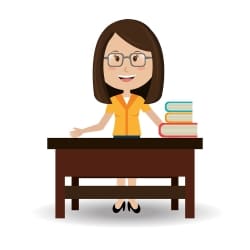