What Is an Adjustable-Rate Mortgage?

SimpleMoneyLyfe » Mortgages » What Is an Adjustable-Rate Mortgage? 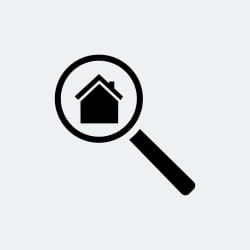 How to Make an Offer on a House 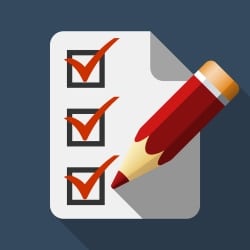 How Much Does Title Insurance Cost? We Did the Math.

Interest rates are at record lows across the country, and borrowers are more interested in locking in a low rate with a fixed-rate mortgage than gambling with the rate of an adjustable-rate mortgage.

Read on to find out what an adjustable-rate mortgage is, how they work, and whether or not it is the right financial move for you.

What is an Adjustable-Rate Mortgage?

An adjustable-rate mortgage (let’s call them ARMs, to be concise) is a type of home loan that allows borrowers to lock in a lower interest rate for a period of time before its subject to adjustments in response to changes in a national benchmark.

For instance, a 5/1 ARM means that after five years of being fixed, the rate may be adjusted once each year for the loan’s remaining life.

The modified rate is based on benchmarks within certain limits. Loan lengths are most commonly 30-years, but they can be 10, 15, or 20, as well.

How ARM Rates are Set

The LIBOR, or London Interbank Offered Rate, was the primary benchmark lenders utilized to set their own rates for many years. It is the globally accepted interest rate major world banks use to lend cash to one another.

However, in the United States, the Secured Overnight Finance Rate (SOFR) is set to replace the LIBOR, which was involved in a rate manipulation scandal following the 2008 financial crisis.

When a series of major banks began failing over a decade ago, some brokers and traders conspired to fix the LIBOR. Eventually, they were indicted.

An ARM loan contract specifies which benchmark rate it will base its calculations on, usually a major index like the one within the U.S. Treasury or the SOFR, or even a lender’s own cost of funds index.

Consumer loan rates are then priced at a margin, or markup, from the benchmark. The index rate can change, but the margin each borrower agrees upon does not. Another word for margin is percentage points. It works like this:

The exact margin is based on credit score and history, and the most creditworthy borrowers will pay close to the standard rate while riskier borrowers will have higher interest rates.

What Are ARM Caps?

ARM rate caps set limits on how much a borrower’s interest rate can change over the life of the loan. There is the initial cap, subsequent cap, and lifetime cap. It’s indicated as such: (2/2/5)

Used less often are payment caps that limit the amount the monthly payment can rise in dollars, instead of how much the rate can change in percentage points.

It’s important borrowers fully understand their ARM loan caps to get the full picture of how much they are expected to pay now and in the future. Let’s put it all together to better understand:

When Does an Adjustable-Rate Mortgage Make Sense?

If someone is not purchasing their forever home and plans to sell before their rate adjusts, they should consider an ARM.

These loans are best suited for a specific purpose, not for a long-term plan. Indeed, ARMs are popular with starter homes.

Since ARM introductory rates are lower than those of fixed-rate mortgages, it makes sense for a borrower to opt into one when interest rates are generally high.

Additionally, if someone is confident their income will increase significantly in the future, like a medical student who will eventually become a doctor, an ARM may make sense for them.

When is an Adjustable-Rate Mortgage a Bad Idea?

ARMs are complex, and they do not make the best choice for a borrower who doesn’t plan to refinance or sell their home before the introductory period ends.

A major disadvantage of ARMs is the potential to have negative amortization, often catching families off guard and resulting in a larger loan balance than what was originally negotiated.

Differences Between Fixed-Rate and Adjustable-Rate

Fixed-rate mortgages are the most traditional form of home loans and are a desirable choice for most borrowers due to their stability.

These loans provide peace of mind that monthly mortgage payments are consistent for those planning to own their home long-term.

Plus, fixed-rate mortgages are just easier to understand.

With true convertible ARMs, borrowers must pay an upfront fee to be allowed to convert their loan into a fixed-rate mortgage eventually.

Sometimes they have a conversion clause to streamline the process, but one can always refinance at any time into a fixed-rate loan if they qualify.

Bottom Line: What Is an Adjustable-Rate Mortgage

The bottom line is that banks offer such low-interest rates at the get-go of ARMs because they believe rates will increase enough to negate their client’s prior savings, reminiscent of sub-prime mortgages many borrowers defaulted on during the Great Recession.

Regardless, ARMs still exist because they are the best bet for some potential homeowners. We’ll be on the lookout to see if they make a strong comeback.