What Are Tribal Loans? How Do They Work?

SimpleMoneyLyfe » Personal Loans » What Are Tribal Loans? How Do They Work?

Updated: 4th May 2022
Share this article
Table of contents

One of the primary issues with the credit system is that those with low credit ratings have less access to loans and pay higher interest rates. These factors push people toward exploitative lending, such as tribal loans.

Tribal interest rates are among the highest on the market, and they frequently trap people in a never-ending cycle of debt. Here’s everything you need to know about tribal loans, including how they work, the drawbacks of using them, and the best alternatives.

What Are Tribal Loans?

A tribal loan is a payday or installment loan provided by a lender owned by a Native American tribe with headquarters in the tribal community. Because these towns are autonomous areas, lenders must follow tribal norms rather than US regulations. While the two systems have similar regulations and regularities, tribal lenders are not required to follow the same limits as state-based lenders.

The Native American Financial Services Association (NAFSA), which fights for and enables Indigenous nations and communities to provide responsible online loans, represents many tribal lenders. Some are also members of trade groups established in the United States, such as the Online Lenders Alliance (OLA), which establishes industry standards for payday lending. On the other hand, those who aren’t may be less forthcoming about their business operations.

Who Qualifies for Tribal Loans?

Tribal loans may be an option for the following set of individuals:

How Do You Get a Tribal Payday Loan?

You do not have to be of Native American heritage or live on a reservation to qualify for a tribal loan. These credit products are available to everybody. However, to qualify, you must meet the following requirements:

Remember that each tribal lender has its own. As a result, it’s important to contact the lender to confirm before proceeding with the application.

Should You Ever Take Out a Tribal Loan?

Tribal loans should be avoided whenever feasible, according to mortgage experts. They’re exorbitantly priced, and many of the lenders that provide them are willing to bend the regulations to earn a buck.

Tribal loans are frequently even worse than traditional payday loans. The fact that they are owned by lenders who have gone out of their way to avoid the law suggests that they should not be trusted. We would never advise you to take out tribal or other payday loans for all of these reasons, but we understand why some individuals do.

When tribal payday loans became popular, lenders believed that “tribe sovereign immunity” shielded them from legal action. That term alludes to that Native Americans enjoy certain legal rights (it is difficult to sue them) and largely rule themselves.

That justification worked to some extent at first, and many online lenders benefitted from illegal methods. However, in recent years, the government has begun to tighten down on these practices:

While tribal payday loans are not strictly illegal, many symbolic practices are. Taking out a tribal loan should be your last resort and must be carefully scrutinized.

>> More: How to Prequalify for a Personal Loan

Tribal loans must follow federal consumer protection regulations enforced by the CFPB and the Federal Trade Commission (FTC), such as those prohibiting unfair, misleading, or abusive practices and the Truth in Lending Act, which governs the disclosure of borrowing rates.

Payday Loans vs. Tribal Loans: What Are the Differences?

Payday loans and tribal loans have many similarities, but there are also significant differences to be aware of. For consumers who need to bridge cash flow gaps, both provide quick access to funds as well as high-interest borrowing options.

What Are the Risks of Tribal Loans?

Many payday loan companies deceive borrowers about payback terms, interest rates, and other important aspects of the transaction. Others are honest about the loan’s qualities but misleadingly display the information, leading borrowers to believe the loan is easier to repay than it is.

Because payday loans are often given to persons in financial distress, few potential borrowers have the time or money to review the terms of service to look for unlawful or unethical elements.

Aside from the risks associated with breaking trade restrictions, even when carried out legally, payday loans expose the borrower to the following:

This means that taking out a tribal payday loan to cover expenditures is probably not a prudent financial move for most people.

>> More: How to Apply for a Personal Loan

What Happens When You Don’t Pay Back Tribal Loans?

Tribal loans have a high default rate due to their excessive charges. Some users try and fail to make their loan installments, while others observe the excessive interest rate and give up, possibly rationalizing their decision after finding the loan is unlawful under state law.

When this occurs, tribal lenders, like payday lenders, will undertake collection attempts. They are free to do any or all of the following:

They will always try to charge your account and take your money first. If that doesn’t work, they’ll try to intimidate you into paying by harassing or threatening you. While these techniques are effective, most of their threats are likely hollow.

If a tribal lender violates state standards or operates without a license, it is unlikely that they will ever be able to obtain a legal decision against you. They may try to persuade you to observe the laws of their “tribe court,” but they can’t use that to garnish your wages, and they certainly can’t arrest or imprison you.

If you have strong credit, you might be able to get apersonal loanat a lower interest rate. You may even get a small personal loan if you have low credit.

Although credit cards aren’t recognized for having cheap interest rates, your credit card’s interest rate could be far lower than the interest rate on some tribal loans. You might be able to get a card with a 0% intro APR term if you have strong credit.

Borrow Money from Friends or Family

You will always have to pay interest when you take out a loan. The interest rates on tribal and payday loans can be extremely high, meaning you’ll end up paying back a lot more than you borrowed. If you need a small amount of money or expect payment soon (such as your paycheck), and you can repay a loan quickly, it may be preferable to borrow from a close friend or family member.

Tribal loans are normally secure, although they are not inexpensive. Tribal loans, like other short-term loans, feature hefty costs and short repayment terms, making them more difficult to repay. Furthermore, because a tribal lender operates under a distinct set of regulations, it can charge interest and fees well above the legal maximum for other lenders.

Are Interest-Rates High on Tribal Loans?

Tribal loans typically have much higher interest rates and lending charges. The CFPB stated in a 2017 complaint against four tribal lenders, which was ultimately withdrawn, that the annual percentage rates for the tribes’ installment loan products ranged between 440 percent and 950 percent.

The CFPB claimed in the lawsuit that a typical $800 loan paid over ten months would cost the borrower $3,320. Some tribal lenders in some jurisdictions are already demanding an annual percentage rate (APR) of approximately 800%.

Many tribal lending businesses are legitimate, as are the tribes’ sovereign rights to operate them on their terms. However, several states have classified their sharp practices and mode of loan collection as illegal. Before taking out a tribal loan, you should read the fine print and ensure that the loan terms are not financially predatory.

Can you be sued for a tribal loan?

Yes, a tribal loan company has the legal right to sue you. If you fail to return your loan, the loan firm will initiate legal action. However, they can only sue you if your payment is late or if you breach the terms of your initial loan agreement.

Remember that a tribal lender can only sue you in civil court, not a criminal court. You will not go to jail if you do not repay your tribal payday loan. The vast majority of lenders prefer to discuss this in person. Many will assist you in developing a payment plan rather than settling in court.

Tribal loans are a more flexible alternative to traditional payday loans. They are, without a doubt, expensive, but they are a good option for people with bad credit who require urgent cash. However, there are many con artists, so read loan documents carefully and study before picking any tribal lender. 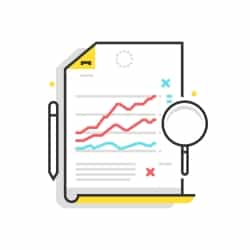 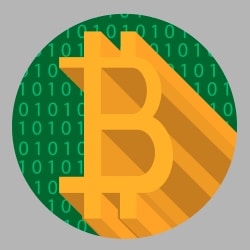 What Is a Crypto Loan? How Do They Work?
Read full story 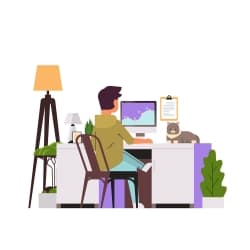 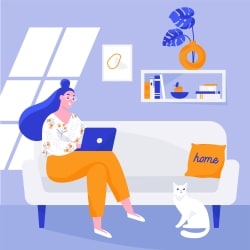 How to Apply for a Bank Loan
Read full story