What is A Special Purpose Acquisition Company (SPAC)? Should I Invest in Them? 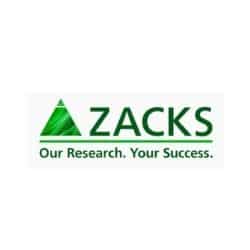 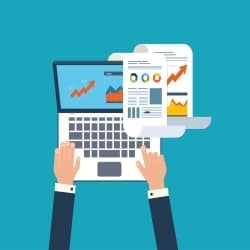 How to Invest in the S&P 500: A Beginner’s Guide
Investing
Written by Ryan Barnes

SPACs have been a red-hot name drop the past few months. SPACs are – well, you know how the Wall Street people love their acronyms. Why use words when letters are so much shorter? Nobody wants to take the time to speak out, “Special Purpose Acquisition Company” – and most people do not know what that means in the first place.

So today, let’s explain what SPACs are, why they’ve become so popular in the past year, and finally, let’s discuss whether they’re worthy of your time and investment dollars.

A Special Purpose Acquisition Company is a company created with a specific purpose, but it’s not the common purpose of, “I have a product or service to sell, so I’m forming a company”.

SPACs are also referred to as blank check companies, and that description gives a clearer picture of its design. A SPAC is an empty shell corporation with a big bag full of money and a singular purpose – to spend most, if not all that money on purchasing one private company.

The founders of a SPAC are just a couple of investors, industry insiders, maybe an ex-CEO of a large company – that decide they would like to team up and buy a company that operates in a particular space.

They don’t know which company they’ll end up buying, but they generally have an idea of what sector of the economy they’re focused on. So, a SPAC may be created with an intent to find an internet cloud company or a biotechnology firm. Still, none of the investors knows at the outset exactly what their target will be.

Who Gives SPACs the Blank Check?

The bag of money comes from investors – the blank check is “printed” by the SPAC having an Initial Public Offering (IPO). So, just like a regular private company that wants to go public, the SPAC reaches out to investors, hires bankers, files paperwork with the Securities Exchange Commission (SEC), and becomes another one of those tickers floating along the bottom of the TV.

But the key difference between a standard IPO and a SPAC IPO is that the SPAC IPO is literally just for an empty shell. Investors in the SPAC IPO don’t know what their final investment will actually be; all they’re doing is committing money to a couple of founders (known as the Sponsors) with a hint about what type of company they might buy.

Once the SPAC has raised its funds, creating the blank check – and importantly knowing the final amount of money they have to work with – the money goes into a trust account and can’t be touched except for two reasons:

Why do SPACs Exist?

SPACs have been around for decades; they’re not a new corporate structure. But they had been relegated to the back alleys and small pockets of Wall Street for the past 30 years. Less than 1 out of 100 IPOs in the period from 2000-2019 were SPACs.

So why the Sudden Rise in SPACs?

A combination of factors has led to the shift, but the overriding one is ridiculously simple – it’s because the stock market has been going up for a long time. SPACs require a climate of not just active investors but slightly greedy investors.

Asking for investors to commit money to you simply on the possible name recognition of the Sponsors, without knowing what the funds will be used for? That is a tough sell, certainly in a climate where stocks have been weak for a while.

Except for a few very short-lived downdrafts in 2018 and 2020, U.S. stocks have been doing nothing but climbing since 2010. There is a lot of active risk-seekers out there, starving for the ability to invest in cutting edge businesses like space flight, electric batteries, and sports betting.

For example, imagine how easy it is for a SPAC founder to say, “we’re looking at electric vehicle target companies” and get a thumbs-up from investors when Tesla Corporation shares (NASDAQ: TSLA) are up over 800% in the past year.

Are SPACs a good investment?

This is difficult to brush with a broad stroke. The short answer is, “A SPAC could end up being a great investment or a horrible one – but there’s no way to know upfront”.

I think the most prudent path is to avoid SPACs at the outset. There is no reason to chase an empty shell, no matter how stellar the resume may be of the Sponsors running it. Every SPAC merger transaction eventually comes up to a shareholder vote.

So whether it is 2 months, 3 months, or 6 after the initial SPAC IPO, once the SPAC announces what company they intend to acquire (and the price they’ll be paying), the shareholders get to cast a yes/no vote on the merger. If they vote no, they can turn in their shares for a return of their initial investment capital.

If you have your eyes on a particular SPAC because you like the Sponsors or like the focus area they’ve said they’re hunting, just wait for them to tell you exactly what company they’re acquiring, and then evaluate that deal on its own merits.

What to Look Out for in SPAC IPOs

An excellent way to think about it is from the perspective of the private company that would be a target of a SPAC. Let’s say you run a private company. You have the responsibility of realizing the true value of your firm.

You could sell to several buyers – private equity, or an existing publicly-traded company, for example. (Multinationals like Apple, Microsoft, Amazon, and Google make dozens of acquisitions each year, many in the tens of billions of dollars. And the price tag is no object for these titans). Or you could just go the IPO route yourself.

Why Private Companies Sell to a SPAC

So why sell to a SPAC? Well, you’d do it if you thought you were getting a higher price for your company than you could achieve via an IPO, or from another private buyer. In an IPO process, the company pitches themselves to numerous investors, and the initial trading price on day one is the lowest price that all the investors agree on to pay.

It’s called the clearing price, and it is why almost every IPO “pops” 20-30% on the first day, once the clearing price is arrived at. But if a SPAC approaches you, you only have to convince ONE investor, ONE checkbook on the value of your company. And that may allow you to receive a higher price.

Another reason why a company may choose to go public via a SPAC merger is that they welcome the expertise of the Sponsors. Maybe the company’s founders are looking for some industry veterans to help them navigate their future. And the SPAC route is undoubtedly faster than the IPO route.

SEC prospectus filings for an IPO can take over 18 months to complete; it is a very rigorous process. A company that thinks the proverbial irons are hot may want to tap investor sentiment right bleeping now.

Which brings us back to the point about stock markets that have been going up, up, up for a long time. Everybody wants to be a publicly-traded company when the stock market is at all-time highs. But when the market sags for a prolonged period, don’t be surprised if SPACs disappear from the landscape.

It’s all groovy when SPACs are popping 20%, 30% on their IPOs with no knowledge of where the money is going. But if a couple of the SPACs flop and investors start losing money on them, there’s not going to be much interest in giving people big blank checks just because they slapped their name to a masthead.

Warren Buffett, the most profitable long-term investor in the history of time, said this back in 2000, shortly before the stock market saw half its value erased:

“The line separating investment and speculation, which is never bright and clear, becomes blurred still further when most market participants have recently enjoyed triumphs. Nothing sedates rationality like large doses of effortless money”.

Ryan Barnes
Ryan is a certified Chartered Financial Analyst (CFA) with over 15 years of experience managing and steering hundreds of millions in client assets through complex and dynamic financial markets. Ryan’s work has appeared in the Wall Street Journal, Barron’s, Forbes, Nasdaq.com, Investopedia, and Bloomberg. Additionally, he has multiple citations in peer-reviewed papers for reporting done on the U.S. housing market preceding the Great Financial Crisis.
As Featured on