Square (SQ) Stock Analysis & Forecast | Is It A Buy? 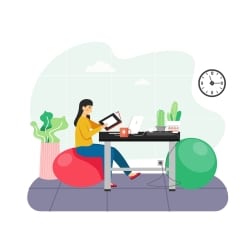 FINRA vs. the SEC: What Are the Differences? 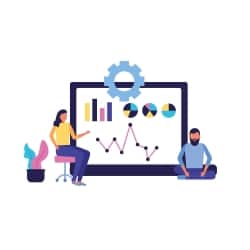 What Is Valuation? Definition and Why It Matter in Finance
Investing
Written by Sean Graytok

Square’s initial goal was to enable anyone with a mobile device to accept card payments anywhere, anytime.

Twelve years later, Square is a $100+ billion company taking on the legacy payment and banking institutions and is one of the best FinTech stocks around.

But is SQ a buy? Find out in the Square Stock forecast and analysis.

Square is a global financial service, and mobile payments company co-founded in 2009 by Jack Dorsey, who also co-founded Twitter.

Square became popular amongst small businesses because of its white credit card reader and payment terminal, in addition to providing business insights that enabled merchants to look under the hood for the first time.

Before Square, it was illegal for non-registered merchants to accept credit card payments, and the registration process was too costly and difficult to complete.

Today, Square is one of the biggest players in financial technology, or “fintech”, and the first to obtain an FDIC charter to operate its own bank as an Industrial Loan Company (“ILC”).

Square’s Cash App has more than 36 million monthly active customers and is overtaking PayPal’s Venmo as the most used mobile payment service.

Square is contributing to and has benefitted from Bitcoin’s rise, allowing its Cash App users to easily buy and sell Satoshi’s cryptocurrency since 2017.

But this company is more than a “neo bank” or mobile app — let’s examine Square’s investment potential.

See: Is Palantir Stock a Buy?

Square is Wall Street’s favorite fintech company because it facilitates both sides of the transaction — millions of merchants use its Point-of-Sale (POS) hardware and software and even more use its Cash App.

Square collects a 2.6% + $.10 processing fee on every single transaction its POS devices handle. As the leader in this niche, that’s a lot of money.

This gives SQ a larger share of the economics at play and more opportunities to cross-sell services between and among consumers and merchants. In addition to streams of recurring revenue, investors love companies that pursue vertical integration.

Unlike a traditional bank that only sees end-of-month or end-of-quarter income statements from a merchant, Square sees every transaction that happens in real-time.

This level of business intelligence enables Square to see when the business is thriving, its rate of sales, and its prospects for growth, among countless other insights.

SQ can take this information and offer working capital loans or payroll services, which further embed it into the fabric of the business it serves.

Square is also physically expanding its reach — it has offices in the U.S., Canada, Japan, Australia, Ireland, Spain, and the UK and its growing presence in Africa.

Square’s early adoption started in the Southern, more “unbanked” areas of the US and quickly spread across the country.

Today, SQ is applying this strategy globally and providing payment rails for emerging markets around the world.

Square is positioned to enter virtually any new market as digital wallets and bitcoin adoption continues to increase.

We believe that Square’s Cash App has “Super App” potential given its sticky user retention, network effect, and established position to benefit from the “financialization of everything.”

Wait, what? Friend of the site, John Street Capital, wrote an open letter to Jack Dorsey suggesting a Twitter (TWTR) and Square merger.

John believes this would create one of the largest closed-loop payment networks in the world with 200M+ potential active users.

FAAMG would love nothing more than to make a significant entrance into financial services, but antitrust fears keep them at bay.

However unlikely (perhaps illegal) this merger is, the possibility of it is too exciting not to mention.

See: Is Apple Stock a Buy?

Square’s advantage over its competition is its network effects as a peer-to-peer payment provider — this attracts loyal users to its platform and encourages re-engagement with its app.

For example, users can be lured back to the Cash App after months of inactivity by friends requesting repayment after a night out.

The social incentive to have and use the Cash App accelerates adoption. It makes it as sticky, if not more, than social media platforms.

Does it really matter if your friends can’t tag you in a picture at the bar? How about if you can’t pay them back for the three beers because you don’t have the same P2P payments app?

Combining SQ’s organic network effects with its vertical integration makes it most suitable to seize the digital wallet opportunity.

Jack announced the company’s intention to “double down” on its commitment to Bitcoin. He added, “We believe the internet needs a new currency, and we believe Bitcoin is it.”

An astonishing 3 million Cash App users bought or sold Bitcoin in the year 2020, and more than 1 million used the app to trade BTC in January alone.

As we can see from the numbers, Cash App generated most of Square’s revenue during the quarter. And approximately 81% of the Cash App’s revenue came from bitcoin-related transactions in the quarter.

Square believes in Bitcoin and is positioned to benefit from its increasing adoption — it was one of the first public companies to add BTC to its balance sheet, including MicroStrategy and Tesla.

Just because a company’s roadmap is promising doesn’t mean it’s a buy today. If the 10-year bond yield continues to rise, Square’s valuation can fall to no fault of the company.

In addition, while Square benefits from its first-mover advantage amongst other fintech disruptors, there may be a reason nobody has challenged the bulge bracket banks.

What’s to stop JPM or Bank of America from acquiring fintech startups and rolling out digital wallets to their existing (90 million combined) customers?

There’s no shortage of competition in the financial industry — let’s examine Square’s top competitors next.

Who Is Square’s Competition?

While many of these companies do not necessarily compete head-to-head, a simple pivot could make them competitors tomorrow.

It’s important to note that many of these companies actually work with another. For example, Square’s “Cash Card” is powered by Visa and the PayPal Venmo Credit Card credit card is supported by Mastercard.

As you can see, the legacy payment networks like Visa and Mastercard embrace the fintech revolution and facilitate the next generation of payments.

If Square executes on its long-term goals — obtaining the ILC is a good start — it will compete with the world’s largest financial service companies, including Goldman Sachs, JPMorgan, and Morgan Stanley.

Does Square Stock Belong in Your Portfolio?

The right amount of Square stock in your portfolio depends on a variety of personal factors, such as investing goals and risk tolerance.

Ask yourself the following questions to find the right allocation of SQ in your portfolio:

How to Research Square Stock

You’d be up a cool 2,600% on Square stock if you had read the Motley Fool back in 2015. They were covering the Square vs PayPal battle six years ago.

Team up with the Motley Fool today, so you don’t miss out on their next great stock pick. They constantly cover the fintech space, and you will be rewarded for keeping your ear to the grindstone.

We also recommend Barron’s Magazine — smart money’s #1 financial resource since 1921. Their contributors share honest insights on financial news that you can’t get anywhere else.

How to Buy Square Stock

We recommend opening an account with Vanguard or Robinhood, depending on your investment strategy with Square stock.

If you’re a long-term believer in this fintech company, consider owning it in a tax-advantaged Roth IRA or Traditional IRA on Vanguard.

Go with Robinhood if you want to be flexible with your allocation and watch confetti explode after your buy order.

Funding your account will take less time on Robinhood compared to Vanguard, but the difference is negligible if you’re a believer in Square.

You will need your banking information to fund your account, which includes your account number and routing number.

Search for Square’s ticker symbol “SQ” and then enter the number of shares you want to purchase. Consider the list of questions from above before deciding on your allocation.

Robinhood offers fractional shares of a stock, meaning that you don’t have to buy an entire share and can invest as little as $1 in Square.

Square (SQ) is leading the fintech boom — which is still in its infancy. While the stock is up 450% in the last year, we believe that there’s still upside in Square as an investment.

Square is best positioned to benefit from the rise of digital wallets, which represents a multi-trillion-dollar market that’s just beginning to ramp up.

Square (SQ) is a pricey stock by any metric — the stock is up 450% in the last year and trades around 11x sales, which is “overvalued” amongst even the most high-growth names.

We believe that Square will grow into its valuation and continue to be a fintech space leader.

Why is SQ stock dropping?

This was caused by a small rise in the 10-year bond yield, which typically affects the high-growth tech stocks with massive valuations. Square has recovered nicely since dropping.

A majority of this profit can be attributed to the Cash App’s exponential growth. The Cash App contributed to 45% of Square’s total gross profit after growing 440% year-over-year.

Is Square owned by Apple?

No, Square is not owned by Apple. In fact, Square and Apple are actually competitors in the mobile payment’s ecosystem.

While Square is certainly more of a fintech pure-play, Apple Pay is already available on more than 1.5 billion active Apple devices.

Square (SQ) does not currently pay a dividend. It is atypical for tech companies to pay dividends because they’d rather reinvest profits into growth opportunities.

Instead of attracting investors by paying a dividend, Square is trying to grow into its valuation by expanding its customer base.

Square is the holy grail of fintech — the lagging indicator in value of mobile payments is much larger than anyone anticipated (at least this quickly).

Square is just getting started.

This article is for informational purposes only. It is not intended to be investment advice.

Sean Graytok
Sean is a student of the financial and technology industry. He is interested in the people and companies who are driving the innovation that will change our future.
As Featured on