25+ Disheartening Welfare Statistics: The Changing Face of Welfare in America

The face of welfare in America is changing.

Now more than ever, people rely on government assistance to get by. Welfare programs in the United States include food assistance, healthcare, housing subsidies, and cash assistance.

However, these programs are becoming overloaded. As a result, the number of eligible people for assistance is growing while the funds available to help them are shrinking.

This has led to longer wait times, reduced benefits, and stricter eligibility requirements.

Regardless of your political beliefs, it’s crucial to understand how these government assistance programs work.

This blog post will explore 25+ welfare statistics that everyone should know. Keep reading to learn more about how welfare is evolving in America today.

Welfare Statistics: What Everyone in America Should Know

#1. 19% of Americans Use These Government Benefits

According to the U.S. Department of Health and Human Services, about 19% of the U.S. population uses welfare programs like SNAP (Supplemental Nutrition Assistance Program) or Medicaid.

This means that 1 in 5 Americans currently receive assistance from the government to help them afford basic needs like food and housing.

#2. Almost Half of Welfare Recipients Are White (Over 40%)

There’s a lot of debate over whether or not welfare is racist. But the data shows that most welfare recipients are white, even though minorities make up a more significant percentage of the overall population.

#3. U.S. Welfare Recipients Receive Around $25 a Day on Average

The average welfare recipient in the United States receives around $25 a day, or $9,000 per year.

$25 a day may not sound like much, but it’s enough to cover the basics for a single person, like food and housing. So, while it’s not enough to live a comfortable life, it can help people get by in a tight spot.

#4. 60 Months: The Maximum Amount of Time a Person Can Receive Welfare

According to the federal limit, the maximum amount of time a person can receive welfare is 60 months. However, this limit does not apply to state-funded benefits.

So, if a person is receiving welfare from a state program, they may be able to obtain it for an indefinite period.

#5. Legal Immigrants Have a 5 Year Wait for Welfare Benefits

There is a common misconception that all immigrants are eligible for welfare benefits. This is not true.

Most immigrants are not eligible for welfare benefits. Only legal immigrants who have been in the United States for at least five years are eligible for benefits like SNAP or SSI.

The initial payment after an application is typically available within 30 to 45 days. However, depending on the state and the program you are applying for, payment can take several months.

There are four significant restrictions on welfare.

One of the most common arguments against welfare is rife with fraud. While there are certainly people who use these programs fraudulently, most people who rely on welfare are either working to make ends meet or are disabled and unable to work.

However, most of this fraud is committed by retailers, who illegally exchange food stamps for cash.

#10. $2.4 Trillion: How Much the Federal Government Spends on Welfare Programs

In 2021, the federal government spent nearly $2.4 trillion on welfare programs, about 8% of its GDP. This includes spending on Medicaid, food stamps, and housing assistance programs.

According to recent data, Wyoming, South Dakota, and North Dakota have the lowest welfare expenditures.

So why do these states spend so much less on welfare? One reason may be that they have smaller populations and fewer people who need assistance.

It varies from year to year, but typically the states with the most welfare recipients per capita have the highest levels of poverty and unemployment.

In fact, according to recent statistics, New Mexico, West Virginia, Louisiana and Mississippi are among the states with the highest percentage of residents who receive welfare benefits.

Although the federal minimum wage is only $7.25 per hour, welfare currently pays more than that in 35 states.

In fact, according to PolitiFact, the average welfare recipient receives approximately $8.34 per hour in benefits.

The poverty threshold changes depending on how many people are in your household.

#15. In the United States, 11.6 Million Children Are Living in Poverty

According to recent data, approximately 11.6 million children in the United States live in poverty. That means that 16% of all children in our country struggle to get by daily.

#16. The Percentage of Single Parents Receiving Food Stamps Is 38%

Welfare provides single parents with a much-needed safety net. It helps with basic living expenses and provides subsidies for childcare, which can be very expensive.

Since 1977, welfare spending has experienced a more than 400% increase.

So, why has welfare spending exploded in recent years? There are a couple of reasons:

There are viable alternatives to welfare. For example, private social welfare organizations such as charities can assist those in need.

However, despite billions of dollars in donations, it is essential to note that these organizations may not be able to meet the needs of everyone eligible for welfare assistance.

#19. Around 72% of People Living in Poverty Receive Welfare Assistance

Welfare can be effective in the short term by providing people in poverty with the resources they need to get back on their feet. Nearly ¾ of Americans living below the poverty line get assistance.

However, it’s not a long-term solution, and it’s important to note that welfare recipients are often required to meet specific eligibility criteria to receive benefits.

#20. According to 60% of Americans, Welfare Programs Do Little to Improve Poverty

There are several criticisms of welfare programs. Still, the main ones revolve around the idea that these programs are ineffective in reducing poverty, improving education or health outcomes, or preparing people for retirement.

Critics also argue that welfare creates dependency and perpetuates a cycle of poverty. As a result, some believe that welfare should be reformed or replaced with more effective policies, while others think it should be abolished altogether.

#21. It Would Take at Least 50 Years for One Billion People to Escape Poverty.

There’s no easy answer when it comes to the best way to do welfare, but one thing is for sure: time is of the essence. We need to move towards a more efficient, effective, and humane system.

Otherwise, it’ll take over 50 years to reduce poverty in the US drastically.

#22. Nearly 50% of Poverty Has Been Cut by Economic Security Programs

In fact, over the last 50 years, these economic security programs have helped cut poverty nearly in half. That’s a pretty significant accomplishment!

According to the latest data from the Organization for Economic Co-operation and Development, poverty levels in the United States are substantially greater than in most other developed countries.

The U.S. ranks near the bottom of developed nations regarding poverty reduction.

#24. 7.9 Million People Were Lifted Out of Poverty by the Earned Income Tax Credit

The two most successful welfare programs are the Earned Income Tax Credit (EITC) and Temporary Assistance for Needy Families (TANF). These programs have helped to lift millions of people out of poverty.

#25. A Higher Level of Education Is Associated With a 55% Increase in Employment Rates

There is always room for improvement when it comes to welfare. But, in general, education opportunities, job preparedness, and increased minimum wage are critical ingredients to helping people break the cycle of poverty.

It’s hard to say what will happen with welfare in the future, but a few factors could decrease benefit recipients.

The success of the new child tax credit could provide more families with much-needed financial assistance, and an increased minimum wage could also help to raise incomes and reduce poverty rates.

What Percentage of the US Population is on Welfare?

Nearly 1 in 5 Americans receive welfare, according to the latest figures from the U.S. Census Bureau. That’s about 19 percent of the population, or 59 million people.

This number includes people who receive Medicaid, Social Security, food stamps, and other forms of assistance.

How Much Does the Average Welfare Recipient Receive?

From what we can tell, the average welfare recipient in the United States receives somewhere between $9,000 and $14,000 per year. Of course, this varies from state to state and from person to person, but that’s a pretty good ballpark figure.

It’s worth noting that welfare isn’t just a handout – it’s meant to be a safety net for those struggling to make ends meet. It provides for basic needs such as food, shelter, and clothing.

What States Have the Most Welfare Recipients?

According to recent data, New Mexico has the highest percentage of welfare recipients at 21.49%.

States with the highest unemployment and poverty rates generally have the most people on welfare. When people can’t find jobs or earn a livable wage, they often turn to government assistance programs for help.

How Much Does the US Spend on Welfare?

The United States spends a lot on welfare. $2.4 trillion, to be exact, which is about 8 percent of our GDP. This number includes everything from social security and unemployment benefits to housing assistance and food stamps.

While some people might think that this is too much, others might say it’s not enough. Americans still endure some of the highest poverty rates in the developed world, so there’s room for improvement.

Welfare is a hot-button issue in America, and there are a lot of different opinions about it. However, regardless of your stance, it’s essential to be aware of the facts.

So, what have we learned? Welfare is a complex issue with a lot of different moving parts. But, overall, it’s clear that the system needs reform.

Ashley Franklin is a professional writer and financial literacy expert. Ashley double-majored in Computer Science and Communications, and she brings her talents to the forefront with writing about personal finance and investing. Having worked with renowned international websites and publications, Ashley has found that there’s no one-size-fits-all solution to financial management. That’s why her articles are all about finding what works for you. 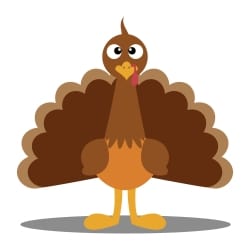 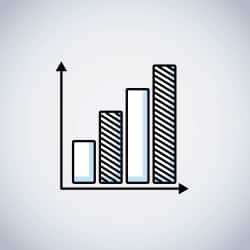