What is a Bank Overdraft Fee and How to Avoid It

Mysterious bank charges are unfortunately a commonplace issue. In fact, most of us eventually end up incurring something called a “bank overdraft fee”.

What exactly are bank overdraft fees, and how can you avoid them? Let’s break down both of these questions now.

What is an Overdraft Fee?

Put simply, an overdraft fee is a kind of banking fee that you might be charged if you ever draw more money from your account than you actually have within it.

For example, say that you have $20 in your bank’s checking account. If you make a purchase for $21, the transaction may still go through but you’ll “over-draw” your account. This will result in an overdraft fee being applied to your account.

There are four broad types of overdraft fees, and different banks may charge different types of fees, depending on their rules or account contracts.

A basic overdraft fee is charged whenever a bank approves a transaction. You can’t cover the transaction cost with your available balance. However, many banks don’t charge an overdraft fee if you overdraw by less than $5 or so.

Furthermore, many banks may limit how many overdraft fees it can charge in a single day.

A so-called “overdraft protection” fee is charged when you overdraw with your main account, but your bank automatically transfers enough funds to cover the transaction from another account, such as your savings account.

Ironically, overdraft protection fees can often be more expensive than some overdraft fees and typically range between $10 and $15.

You may be charged an extended overdraft fee if you’ve overdrawn your account for some time and haven’t yet paid back the negative amount.

For instance, say that you overdrew your account for $5 and left it in the negative for five business days or so. Your bank may then charge you an extended overdraft fee for leaving the balance negative.

Depending on your bank, you may be charged an extended overdraft fee just once or once per each day your account is overdrawn.

Also called an “NSF” fee, a nonsufficient fund fee kicks in whenever a bank rejects a transaction that would overdraw your balance.

As opposed to being charged for drawing past your account balance, the bank penalizes you for trying to do so in the first place, without allowing the transaction to go through.

NSF fee costs are typically the same as the costs for a regular overdraft fee.”

How to Avoid Overdraft Fees

Naturally, no one wants to be charged with unnecessary overdraft fees. Here are the best ways you can avoid overdraft fees in the future.

Some banks will have you opt-in to automatic overdrafts by default, so you don’t have to go through the embarrassment of not being able to pay for something at a store.

But you can always opt-out of this service and just keep better track of your finances.

As mentioned, tracking your expenses will help you keep tabs on your overall checking account balance and make sure that you don’t ever overdraw with your primary account.

Most banks will allow you to set up online balance alerts that will send you a text or email whenever your account balance reaches a certain amount.

This can warn you when your balance is getting low and tell you to transfer money to your personal checking account, for example, to avoid the potential for overdrawing.

#4. Shop Around for Accounts That Don’t Charge Overdrafts

There are a few bank accounts here and there that don’t charge overdraft fees. However, these are few and far between. Our favorite bank account is Chime. They have no hidden fees, great technology, and awesome user experience.

To make sure you know what will happen if you do overdraw your account, always read your bank’s overdraft policy before signing up for a new account.

Just realizing what the bank may charge you for overdrawing may help you to remember avoiding this issue in the first place.

Can You Get Overdraft Fees Waived?

Sometimes. As with most banking fees, they’re negotiable to some extent, and you might be able to convince the bank to waive the charge for one reason or another.

Tips to Get Overdraft Fees Waived

Here are a few ways you might convince your bank to waive any overdraft fees.

It’s always a good idea to be polite and courteous when speaking on the phone with your bank’s customer service representative. Being aggressive and combative is a surefire way to get extra fees charged, as well.

Just state your request clearly and calmly and don’t get upset if they refuse. After all, the bank’s overdraft policies are clearly spelt out in your contract!

Trim is a revolutionary app that can help you keep better tabs on your finances and help you understand your spending patterns and become more financially stable.

Even better, Trim can go to bat for you and negotiate with companies and banks to waive fees, cancel bills, and more.

You might also consider Cushion: a fee negotiation service that you can use to haggle over overdraft fees and other charges. It’s a great way to catch unnecessary banking fees that might be applied to your account without your knowledge, too.

Bottom Line: What is an Overdraft Fee?

All in all, overdraft fees are annoying, frustrating charges that you’re much better off without. Be sure to follow the tips above to avoid or negotiate away your overdraft fees and save your cash from being dwindled unnecessarily. 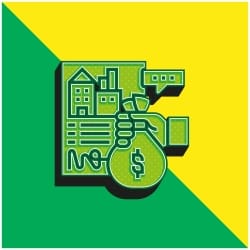 What Is a Stop Payment? And How Much Does It Cost?
Read full story 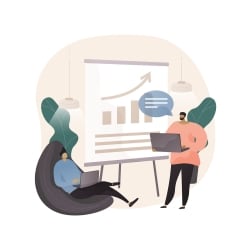 What Is an Interest Rate? And How Do They Work?
Read full story 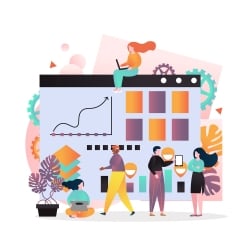 APR vs. APY: What Are the Differences?
Read full story 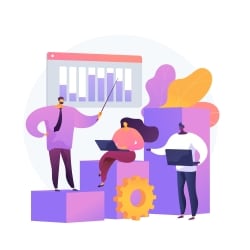